How to Prove that God Doesn’t Exist 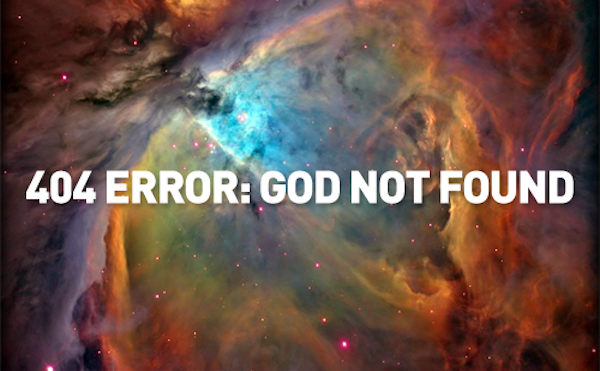 There are a couple things I can appreciate about the “Who designed the Designer?” argument.

Although it is rooted in a caricature of the kalam cosmological argument’s first premise ("Whatever begins to exist has a cause"), it is a positive argument for atheism, and it does attempt to deal with the God hypothesis in the only arena where God’s existence may be decisively confirmed or refuted: the arena of philosophy.

The God defended by Christian theists is a transcendent, eternal, and spiritual being. He is the one creator of all physical reality and existed before all of time, space, matter, and energy. Being “outside” the natural world, God cannot be discovered nor refuted by science alone. For this reason the arguments for and against God’s existence must be, in the end, philosophical.

For instance, if the skeptic could expose an error in the formulation of the popular kalam argument—say, that its major premise “Whatever begins to exist has a cause” is false—then this would force one of theism’s most compelling arguments to the chopping block. Indeed, such a refutation has been attempted by astrophysicist Lawrence Krauss, for example, who tried to claim in his book A Universe from Nothing that the universe indeed can and did arise from nothing.

Krauss was critically rebuked in the New York Times by fellow atheist David Albert for equivocating on the word nothing. Of course, even if Krauss had been successful, and the validity of the kalam argument had been seriously maligned, this would still not prove definitively that atheism is true; it would only disprove one theistic argument.

First, let’s work out our definition of God a bit more. As noted, God is pure spirit—an immaterial “mind”—who exists outside of time and space. We may also say that he is the perfect act of being itself, and thus all perfections are in him. In other words, God cannot be perfected further because he is infinite perfection.

Now, if God is all-knowing—if he knows everything every person will ever do—what does that mean for our free will? Is such causal liberty an illusion? Not at all. I can know my influenza-stricken, gagging child is about to vomit without causing her to vomit. Foreknowledge does not equal causality.

This brings us to the claim of God's omnipotence. Is there any philosophical contradiction that can be drawn out of God's infinite power? As we have noted, God cannot sin because he is morally perfect, the perfect standard of what it means to be good. Thus God has the power to do all logically possible things; that is, he has the power to do all meaningful things. That is why he cannot create a four-sided triangle (which is really nothing at all).

Nor can God create a rock that is too heavy for his all-powerful self to lift. Such a notion is meaningless, because it fails to acknowledge how God really is. A bachelor cannot forget his wife’s birthday because he is a bachelor; God cannot be overpowered by any creature because he is omnipotent.

Finally, what about God’s omnipresence? How can this be so? Well, as long as God is unbound by time and space there is no contradiction. Not only has God created all things, but also his presence is necessary to sustain them in being, just as the presence of hydrogen atoms is necessary to sustain water in being. God is present to all beings, but he is not all beings (that’s pantheism). He is present to all things, and the existence of all things is dependent on his presence, just as the caller of a square dance is present to the dancers on the floor and the existence of the square dance depends on the mind (and voice) of the caller.

Thus God, who contains all perfections within himself, can rightly be referred to as all-powerful, all-good, all-knowing, etc. We cannot say (by the way) that God is a “pre-eminently peerless stinker”—contrary to the charge of Dr. Dawkins—because stinkiness is a privation of a good; but God is perfectly good. Such an assertion of God’s infinite stinkiness is an amusing bit of rhetoric but it does not in the least follow logically from the given philosophical definition of God. It betrays Dawkins’s misunderstanding of who God is.

It suffices to say that philosophical proofs for or against God’s existence will not be sufficiently worked out without rigorous intellectual groundwork. Indeed, the finite limits of human reason that force us into analogies and negative statements about God can sometimes lead to frustration and headaches. But I side with G.K. Chesterton, who acknowledged “the riddles of God are more satisfying than the solutions of man.”