Does Objective Morality Depend Upon God? 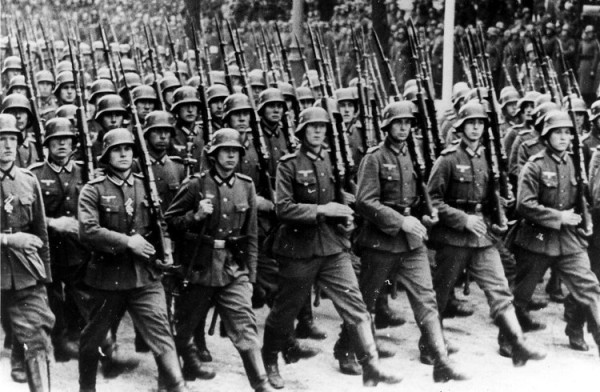 EDITOR'S NOTE: Today kicks off an eight-part debate on the resolution, "Does objective morality depend on the existence of God?" Over the next eight days, we'll hear from two sharp young thinkers. Joe Heschmeyer, a Catholic seminarian in Kansas City, Kansas, will argue the affirmative view. Steven Dillon, a gifted philosopher and a former Catholic seminarian, will argue the negative. The eight parts will run as follows:

The Question: Does Objective Morality Depend Upon the Existence of God?

The resolution that I’m affirming is that objective morality depends upon the existence of God. I should probably explain what I understand that to mean, and what it doesn’t mean. In calling morality “objective,” I mean that the morality of certain actions exists independently of our subjective assessment.

(I’ll leave to one side the question of whether the morality of all actions is objective.)

As William Lane Craig puts it, “to say that the Holocaust was objectively evil is to say that it was evil, even though the Nazis who carried it out thought that it was good, and it would still have been evil even if the Nazis had won World War II and succeeded in brainwashing or exterminating everyone who disagreed with them, so that everybody thought the Holocaust was good.”

So when I say that certain actions are objectively immoral, for example, I don’t mean “everybody knows that they’re immoral.” I mean, “they’re immoral, regardless of what you or anyone else thinks.” Another way of putting this is that binding morality depends upon the existence of God. If morality is objective, then it is binding upon everyone, even the most powerful. If it’s not objective, it’s not binding, except to the extent that the strong can enforce their will upon the weak.

So that’s the playing field. I’m not addressing, at least directly, whether or not God actually exists. Nor am I arguing whether or not atheists can behave morally. (Full disclosure: yes, and yes). Nevertheless, this argument certainly has large implications for how we approach the topics of Christianity and atheism, as well as how we discuss morality.

Argument 1: We Can’t Ground Objective Morality in Anything Other than God.

The easiest way to prove this claim is to begin with a simple three-prong test. To whatever extent possible, let's reformulate the moral philosophy in question in this format: “If you want to achieve X, you must do Y.” (Obviously, this works in reverse as well: “if you want to avoid X, you must avoid Y,” etc.). Now, ask three questions.

If the answer to any of these three questions is yes, your system is neither objective nor binding. This test should serve as a helpful guide, and will quickly show that the non-theistic moral systems fail. (If you’re going to contest this point in the comments, try to provide an objective, binding moral system in this format that doesn’t require God).

For example, consider the following four ways of accounting for morality without recourse to God:

Why am I bound to obey society, or even my own conscience? Why am I obliged to act upon my genetic predispositions, or to act in such a way that it produces the greatest aggregate happiness? At a minimum, the social, biological, and utilitarian bases fail the first prong: we can easily imagine a person who is a social misfit, and who isn’t particularly concerned with survival of the fittest or the GHP.

All four theories fail the second prong of the test. Martin Luther King gives us an example of someone who valued a good (social justice) over the societal morality laid out by the Jim Crow South. Indeed, the entire notion of social progress is based upon the idea that we’re not bound to blindly accept social mores.

As for personal morality, the only reason that conscience is binding is because we believe that it corresponds to something higher than ourselves. If it’s our own creation, we are its master, not its servant. A guilty conscience would be, at most, one factor to be weighed in decision-making. In deciding to cheat on your wife or rob a bank, you’d weigh the amount of guilt you’ll feel compared to the amount of pleasure. If that’s the case, conscience is no more binding than indigestion is “binding” on my decision to eat eight tacos.

And if morality is merely biological, why not treat it as accidental or vestigial, like the coccyx? After all, couples routinely act directly against the propagation of the species by contracepting, choosing careers over marriage, etc.

Finally, utilitarianism. Why pursue the GHP? After all, this isn't how moral decision-making works. If it were, we would stop taking care of our families, and send that money to the world’s neediest people. In practice, even utilitarians like Peter Singer abandon the GHP when they have to make important decisions. Moreover, utilitarianism leads to unconscionable results. No action—slavery, rape, genocide, torture, etc.—could ever be described as objectively evil. We’d have to determine how much pleasure the slavemaster, rapist, genocidaire, and torturer derive (along with the pleasure or displeasure of the general public). Only after we’ve weighed all of those factors, could we determine whether the action is right or wrong.

Argument 2: We Can Ground Objective Morality in God.

At this point, I anticipate an obvious objection: how does God solve this problem, exactly? Isn’t it just as subjective and arbitrary to say that we should do Y because God says so? What if I don’t want to do what God says? This objection is based off of two misconceptions about the nature of God. So hold on to it for a second, consider what we actually mean by “God,” and see if you still find the objection to be convincing.

First, I want to draw a parallel to the question that Socrates asks Euthyphro: “whether the pious or holy is beloved by the gods because it is holy, or holy because it is beloved of the gods?” Given their polytheistic theology, the Greeks were unable to convincingly resolve the question. I think that Christians can fare better, because we believe that God is Good essentially, rather than by participation.

Think about the difference between saying “the dog is wet” and “liquid is wet.” We can imagine the dog being not wet: it’s an attribute he possesses right now, but with a good toweling off, he won’t possess it anymore. We can imagine wet dogs and dry dogs, and everything in between. But when we say that liquid is wet, we mean that wetness is an essential attribute of what we mean by “liquid.” If someone claimed to have a dry liquid, we’d have to conclude that they misunderstood what’s meant either by “liquid” or “dry.”

So it is with God. The virtuous are good in the way that dogs are wet. God is good in the way that liquid is wet. But there’s also a relationship between the wetness of liquid and the wetness of the dog, of course. The degree to which the dog is covered with liquid is the degree to which he is wet. The dog’s attributive wetness depends upon the degree of participation or conformity with the essential wetness of liquid. Likewise, the attributive goodness of the moral law logically flows from its conformity with the essential goodness of God.

So it isn’t like there’s God on one side, and Good on the other. God and Good are One. What we mean by objective goodness and what we mean by the Divine nature are the same thing. (This, by the way, also shows why it’s literally incoherent to ask, “What if God asks you to do something evil?” You might as well ask, “What if white is black?” or “what if that triangle turns out to have four sides?”)

Hopefully, you see how this solves the dilemma that Socrates raised. God is bound to do and will good, but He is bound only by His own nature, not by something external to Himself.

Second, examine the question teleologically: the goodness of a thing can be determined by examining its end. The mid-twentieth century philosopher Peter Geach showed this in a fantastic little essay, "Good and Evil". A beautiful clock that can’t tell time is a bad clock. It may be a beautiful decoration, but it’s bad qua clock. And just as we can make this evaluation based on the function of an object, we can do the same thing with the purpose of human beings. This is true on a micro level (a good firefighter, a good husband, etc.), and a macro level (a good man, a bad man, etc.). So, if all of Creation was created by God for specific purposes (including us), we can determine the goodness or badness of thing by its conformity with the Will of God.

Finally, we’re ready to address the core question of how God can solve the problem of objective morality. Let’s put the answer in the form of a syllogism, using the “If you want to achieve X, you must do Y” format I laid out above:

Ralph McInerny discusses this at greater length in Ethica Thomistica, which is worth reading.

Let me close this opening case by laying out a slightly different way of approaching the whole problem, that I think helps show why all of these non-theistic systems fail:

A. Objective moral obligations point to the existing of a universally-binding end. That’s because all moral obligations are ordered to “ends” (in the philosophical sense, as a purpose, goal, or destination; the way we use it when we talk about the ends not justifying the means). So, if I want to keep my dog in the yard, then I must close the gate. If I don’t care if the dog gets out, I have no obligation to close the gate. The obligation is only as binding as the end.

B. Our end is either given to us from God, or it’s arbitrary. The standard objection to this claim is that we can give ourselves our own purposes. This runs into three problems:

That’s the basic case. Now what do you think?