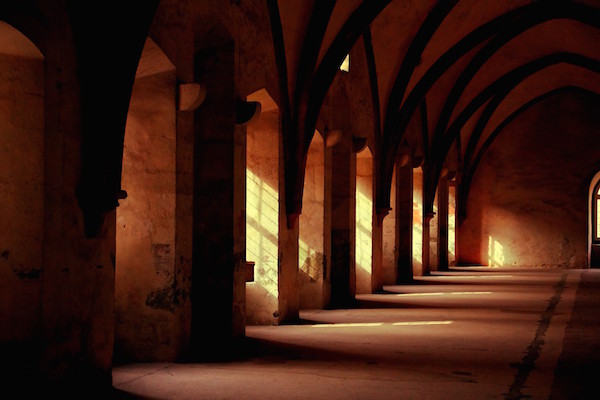 "[S]ome theologians and theistic philosophers have tried to give successful arguments or proofs for the existence of God.  This enterprise is called natural theology… Other philosophers, of course, have presented arguments for the falsehood of theistic beliefs; these philosophers conclude that belief in God is demonstrably irrational or unreasonable.  We might call this enterprise natural atheology."  (pp. 2-3)

With all due respect for Plantinga, I’ve always found the expression “natural atheology” pretty annoying, even when I was an atheist.  The reason is that, given what natural theology as traditionally understood is supposed to be, the suggestion that there is a kind of bookend subject matter called “natural atheology” is somewhat inept.  (As we will see, though, Plantinga evidently does not think of natural theology in a traditional way.)

Start with the “theology” part of natural theology.  “Theology” means “the science of God,” in the Aristotelian sense of “science” -- a systematic, demonstrative body of knowledge of some subject matter in terms of its first principles.  Of course, atheists deny that there is any science of God even in this Aristotelian sense, but for present purposes that is neither here nor there.  The point is that a science is what theology traditionally claims to be, and certainly aims to be.

Take the Scholastic theologian’s procedure.  First, arguments are developed which purport to demonstrate the existence of a first cause of things.  Next, it is argued that when we analyze what it is to be a first cause, we find that of its essence such a cause must be pure actuality rather than a mixture of act and potency, absolutely simple or non-composite, and so forth.  Third, it is then argued that when we follow out the implications of something’s being purely actual, absolutely simple, etc. and also work backward from the nature of the effect to the nature of the cause, the various divine attributes (intellect, will, power, etc.) all follow.  Then, when we consider the character of the created order as well as that of a cause which is purely actual, simple, etc., we can spell out the precise nature of God’s relationship to that order.  (For Aquinas this entails the doctrine of divine conservation and a concurrentist account of divine causality, as opposed to an occasionalist or deist account.)  And so forth.

Even someone who doubts that this sort of project can be pulled off can see its “scientific” character.  The domain studied is, of course, taken to be real, and its reality is defended via argumentation which claims to be demonstrative.  Further argumentation of a purportedly demonstrative character is put forward in defense of each component of the system, and the system is very large, purporting to give us fairly detailed knowledge not only of the existence of God, but of his essence and attributes and relation to the created order.  Moreover, the key background notions (the theory of act and potency, the analysis of causation, the metaphysics of substance, etc.) are tightly integrated into a much larger metaphysics and philosophy of nature, so that natural theology is by no means an intellectual fifth wheel, arbitrarily tacked on for merely apologetic purposes to an already complete and self-sufficient body of knowledge.

Again, you don’t have to think any of this works in order to see that what it aspires to is a kind of science.  By contrast, what Plantinga calls “atheology” could not possibly be any kind of science, and doesn’t claim to be.  For the “atheologian” doesn’t claim to be studying some domain of reality and giving us systematic knowledge of it.  On the contrary, his entire aim is to show that there is no good reason to think the domain in question is real.  You can have a “science” only of what exists, not of what doesn’t exist.  Otherwise “aunicornology” would be just as much a science as ichthyology or ornithology is.  Ichthyology and ornithology are sciences because there are such things as fishes and birds, and there is systematic knowledge to be had about what fishes and birds are like.  “Aunicornology” is not a science, because there is in the strict sense no such thing as a systematic body of knowledge of the nonexistence of unicorns, or of the nonexistence of anything else for that matter.  Suppose someone denied the existence of fishes and tried to offer arguments for their nonexistence.  It would hardly follow that he is committed to practicing something called “aichthyology” in the sense of a systematic body of knowledge of the nonexistence of fish.

Note that I am not saying anything here that an atheist couldn’t agree with.  The claim is not that one couldn’t have solid arguments for atheism (though of course I don’t think there are any).  The point is rather that even if there were solid arguments, they wouldn’t give you any kind of “science” in the sense of a systematic body of knowledge of some domain of reality.  Rather, what they would do is to show that some purported domain of reality doesn’t really exist.